I'm developing a reputation for half-told stories and a lack of follow through on this blog. My drafts folder will attest to this... Perhaps tales of a more modern horse will invite me to post more regularly. Goodness knows my friends heckle me enough about it.

So let's jump in. March 2017 I found myself needing a new lesson horse. Chente was... not sound, and hadn't been ridden since Christmas. I didn't have a huge budget, but I did have two clients horse shopping so I was already in the habit of closely trawling the many sites looking for suitable horses.

A horse named SharkBait popped up and he was a little young but sounded fairly level-headed and so my assistant and I hopped in the car and went to ride the fellow. 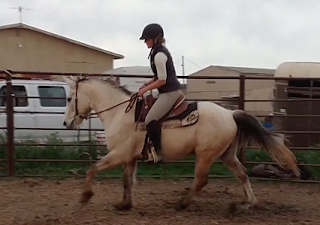 Mostly I remember that he had a gravitational pull towards the mounting block, that I immediately liked his canter, and that when my assistant got off him she handed me the reins and said, "if you don't buy him, I will." 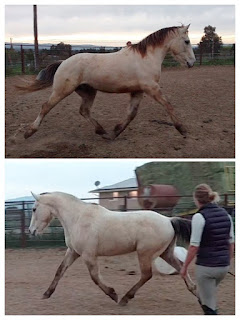 After analyzing the video, taking a bunch of unnecessary screenshots, and talking with my friends, I made an offer and he was delivered a few days later. Before he was delivered, my sister and I had quite the conversation about him.

"You can't have him be named SharkBait," she told me.

"It's bad luck to rename a horse," I replied.

"It'd be like telling a kid to go get WILD LIGHTNING or a horse named VISIT THE HOSPITAL."

She sort of had a point. Luckily for me, she also had a solution, and so he was affectionately dubbed Flounder.

I hated it and planned on decided on a different/better name for him immediately, but that didn't exactly materialize and I think we're stuck with the name.

Upon unloading, he pretty swiftly settled in and announced that no one had ever steered him before in the history of steering.

We also spent some time with him and discovered that he is the biggest lovebug and wants nothing more than to get in my car, find out what the heck it is I do when I'm not feeding or petting him, and sleep with me. 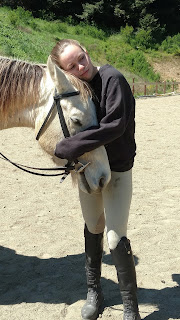 Generally located his feet and going where he was supposed to go continued (continues?) to be a problem, but I made the executive decision that exactly two weeks after we unloaded him at home he was going to a horse show with us to compete in the cross-rails division. As much schooling as a pack of teenagers can accomplish in a week led us to this stunning example:

At the show, he was a little nervous so I led him over all the cross-rails the first time, but by his second round, he was boldly jetting around in the way only a Flounder can. 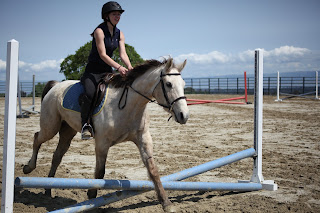 But have no fear, persistence pays off! Flounder has gone on SO MANY adventures since that very first show. 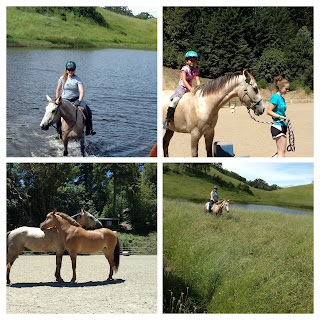 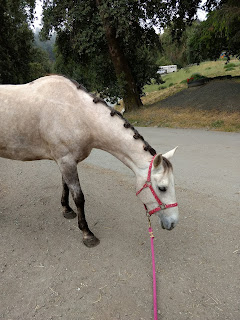 being braided for the first time and looking HECKING CUTE, 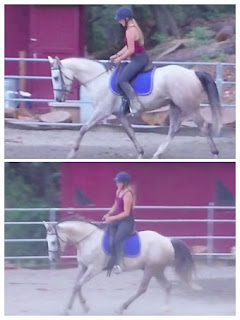 to potentially starting to grow up a little, my baby Flounder has been in the background for over a year now.

Not that he has minded, no, this horse has thrived on MildNeglect™ over the time I've had him. He won an optimum time class last weekend and has placed in quite a few hunter classes over the summer.

And pretty much, well, that's pretty much a Flounder for you.
Posted by Kate at 6:30 AM