April wasn't all good however, as we lost Diva to colic.

In September I apparently went cross country schooling with some combination of students every other day according to the photos I took (only sort of kidding), Tango and I came first at Novice at a horse trial at RDLA (OKAY OUT OF ONE BUT IT STILL COUNTS), and Kat hurt her fetlock which kicked off a good six weeks out of work.

Tango officially changed ownership to Alex, and I'm very excited to see their move up to training in the coming year.

It was a good year in a lot of ways, and a disappointing one in others. I showed a lot more in 2015 than I did this year, and instead diverted those funds to taking lessons from eight trainers in total, though most regularly with two. I miss showing, even though I spent all of 2015 on the schooling circuit with my students. I'm hoping that this year can find a healthy mix of training and showing.
Posted by Kate at 11:44 AM 15 comments: 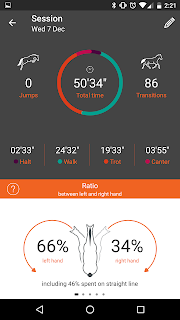 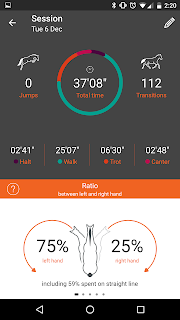 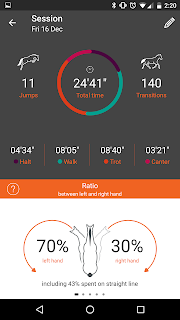 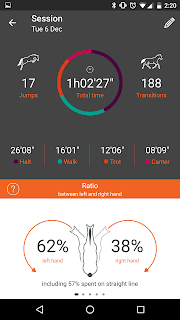 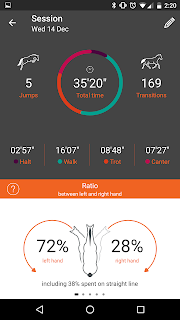 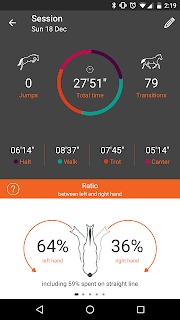 Alright so enough with the teaser photos of this horse, and the story of how he came around. Tango found a home with the kid who has been riding him, so I had room in my herd for a new horse. I had a pretty limited range of things I was willing to look at, age/color/breed/cost-wise as this newest addition had to be a short-term resale project. But if I could find my unicorn, he could come home.

And lo - the unicorn was located. 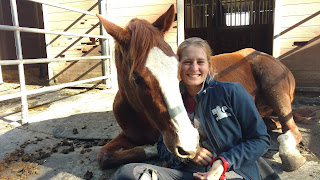 This fellow is coming six, he is a solid paint, and he's a really exciting horse to me.

But seriously kids, don't be a hero. Don't take baby horses for trail rides and ignore them while being on the phone, even if you DO think you're riding a unicorn.


This is a very sweet horse. He just loves everyone and there's not much that scares him. He gets a little irritated at the canter sometimes and will sort of suck back, canter in place, and squeal, but he's so funny while he does it that you can't even get mad at him.

And before I sell him as perfect in every way, he's green. So green. And makes baffling decisions, like cantering instead of stretching to the bit, or forgetting how to steer, or being deeply annoyed that I would suggest he stay on the bit in a walk-trot transition.

But what I like about him is that he's sensible about his deep upsets. He has kicked out, and even offered a baby buck, but what the hey, the horse is five years old and has approximately 60 days of dressage training on him before he came to me.

Before that, he was mostly trail ridden in company, so while he's been all over and done all sorts of things, he doesn't have a lot of independent thinking installed yet. And here, a video so you can see some of his issues: 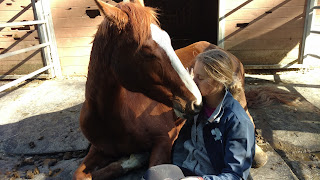 I’m writing this after both days of a clinic with Tanya Vik, so it’s possible the two days will run into one another, although I took pretty good notes after the first lesson. 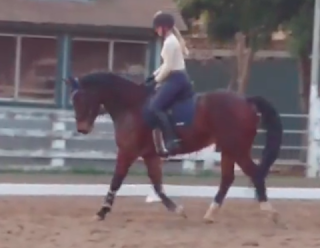 Tanya asked me a little about me and about Jr and our goals together and what I wanted to work on, (the short version: Jr is an ex-hunter and sort-of lesson horse I’m trying to do dressage on because it seems fun and I wanted to improve my lateral work) and then sent us off to watch us go around. When she reeled me back in, she told me yes, you definitely need some lateral work, and referred to Jr as altogether too “gumby-like” which was super accurate because I always feel a bit like he’s going 17 directions and I’m herding cats to stuff them back in the barn.

She had us do this very small walking turn on the forehand exercise to get him a bit more alive to my leg, essentially I had to keep him straight with my outside rein, looking to the inside with the inside rein, and move him off my inside leg, and move him forward with my outside leg. Once we were about 15% okay at this she had me move directly from this to a leg yield from the centerline to the rail. Then she asked someone to find me a whip, which Jr took great offense to and tried to buck, but it was hilarious because I just find him a bit uncoordinated when he bucks.

Fair point. So she asked me to carry the whip so it rested across the top of my thigh, in order to encourage me to simply touch him with the whip rather than bite him with it. She also had me hold the whip a bit farther from the end so I could use my thumb to control it.

And then we come to my favorite part of the day’s lesson, which was a beautiful image of straightness. 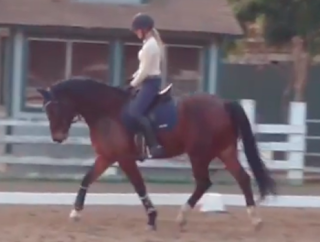 She asked me to imagine that the horse is comprised of building blocks. Their haunches, their loin, their barrel, their withers, their neck, their head. Inside each building block is a small hole, designed for energy to flow through. As a rider, we have to get all of these building blocks lined up in order for the energy to come from the hind end and into our hands. So when he throws his shoulders around, or gets a kink in his hind end, what’s happening is he’s blocking that energy because all the pieces aren’t lined up in a straight way.

So she then asked me to ride the horse as one unit, with these shifting pieces to sort of stuff back into line, and once they were in line, increase the energy coming through as if that energy were the glue that was going to hold everything together.

And I’ll be damned: the horse came over his back and totally went to work, with much less fussiness to the contact and wild-eyed staring off into the distance. 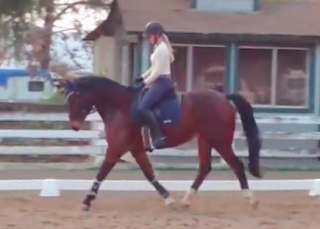 There was one very funny moment though, where Jr looked at something mid-transition and became super rigid in his topline, and Tanya asked me what happened. I sighed and said that I yanked on the right rein and fell behind the motion. She laughed and told me that he got distracted, the blocks fell out of alignment, and THEN he trotted, rather than me bringing him together again before putting the energy forward. I’m so ready to blame myself for everything that goes wrong, which is super helpful in a lot of ways, but also is a bit tough sometimes when horses are just being horses.